Behind the scenes at LE ROCHER DES AIGLES


“Here, you’re in the birds’ territory” 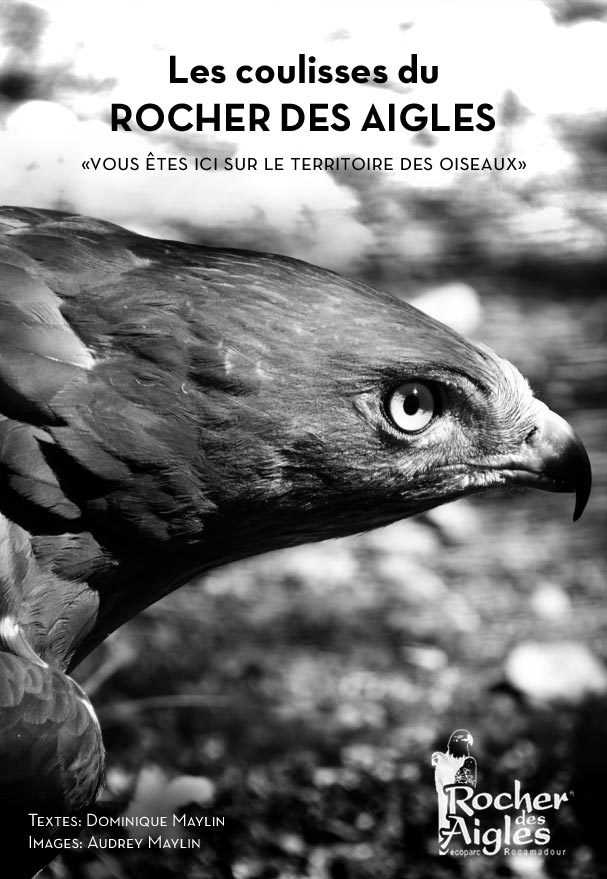 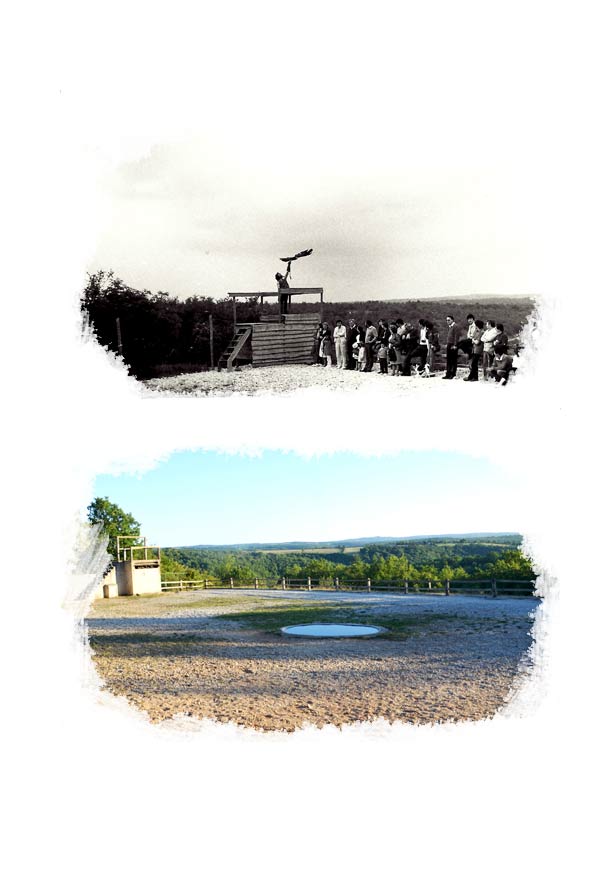 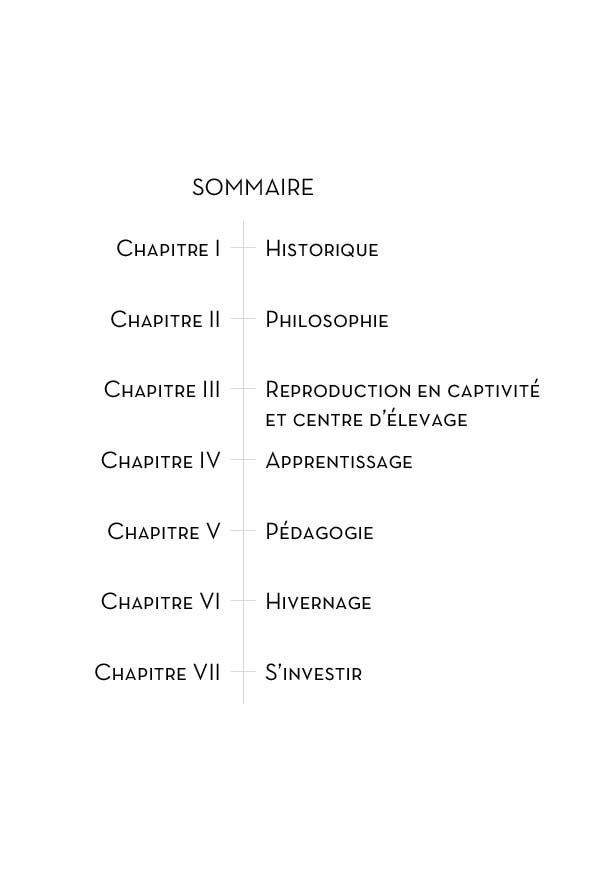 1977 : Founding of Le Rocher des Aigles under the 1901 French law on Associations.

Aims: to raise public awareness of the need to protect raptors through free-flight bird of prey displays, the proceeds of which would finance both the breeding facilities and the monitoring of the Peregrine falcon nesting sites in the department of Lot which were being intensively plundered.

1986 : Creation of a care centre for injured birds where they were treated and rehabilitated for flying so that they could then be released back into the wild under the supervision of the ONCFS (French National Hunting and Wildlife Agency). It was closed down at the end of 2013.

1987 : The ANPZ General Assembly was held at Rocamadour

1993 :
Construction of a laboratory, a breeding room displaying the young birds to the public, a reception area, a video room and function accommodation with a conference room.
Midi-Pyrénées Tourism Award for “Best Tourism and Environment product” 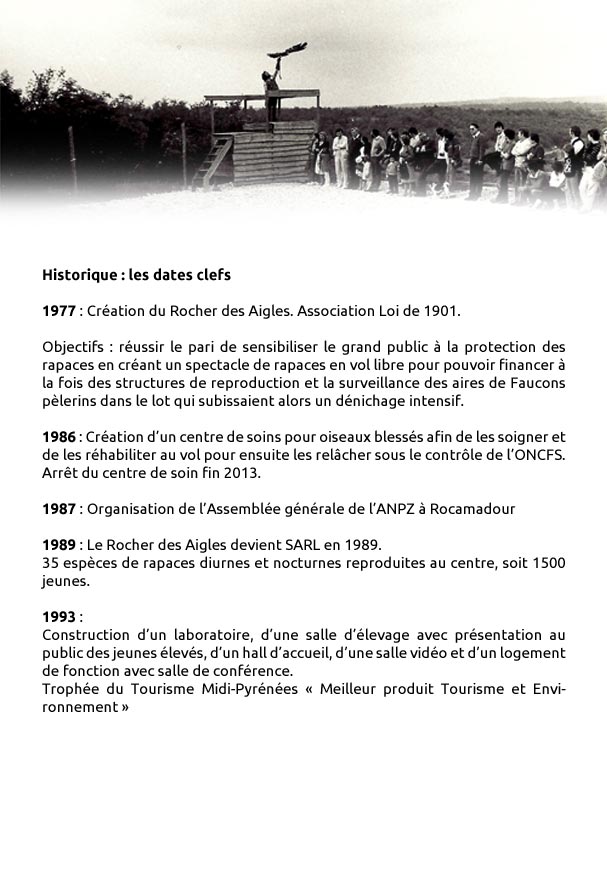 1997 : Commitment to the protection of the tropical forest and wildlife. Forest plot bought at Nanciyaga on the shores of Lake Catemaco, State of Veracruz, Mexico.

Birth of our first Golden Eagle

2003 : Free-flight display – the first in France – of Parrots (Macaws, Cockatoos, African Greys, Amazons). Aim: to raise visitor awareness of the disappearance of their habitat (deforestation)

2013 : - A second generation Andean Condor bred for the first time at Rocamadour.
- Release of the film “L’Aigle et le Cactus” (The Eagle and the Cactus), directed by Jean-Roch Meslin and produced by Eliocom. “This film tells the story of a friendship born from a love of nature and extending into an astonishing project, to say the least. Between South-West France and Mexico, this process initiated by Raphaël Arnaud will transport us thousands of kilometres away, to another world almost, yet one whose issues are very close to our own.” 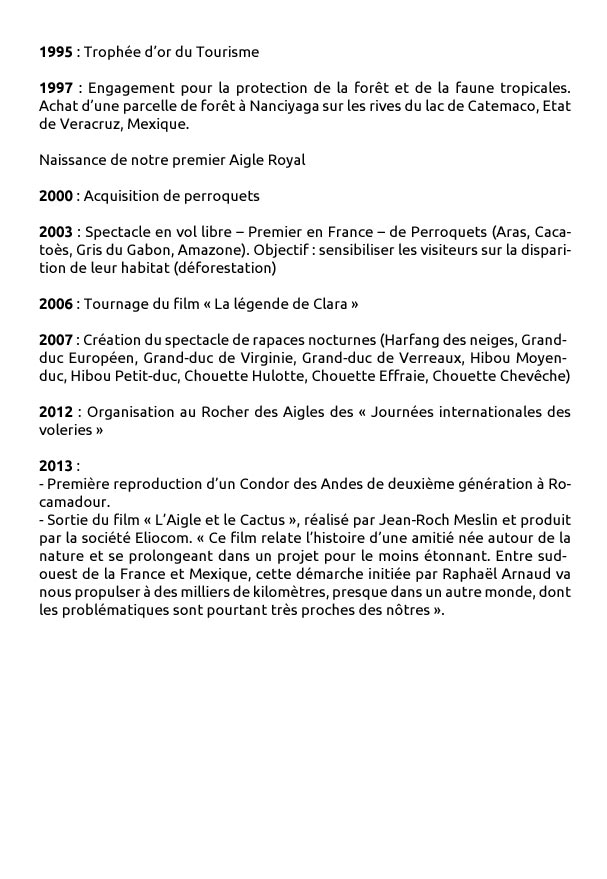